EPISODE 74 – Building a Team That Runs the Business For You! | Builders Becoming Entrepreneurs?

GET STARTED
Hey folks and welcome to another episode of Builders Business Success Podcast! And in this episode of Builders Business Success Podcast, we'll be talking about building and growing a team as opposed to hiring people. If you've never listened to the Builders Business Success Podcast in the past, basically the Builders Business Success Podcast is the Construction Business Podcast. If you've never met me before my name's Mick Hawes and I'm your Construction Business Coach or your Builders Coach, whatever you prefer. And the purpose of the podcast is to address all of the common and costly problems that almost all builders find in their building business and offer you solutions that are tested. That's not just theory. They're tested through the Builders Business Blackbelt group of builders all over the country and some peeps in New Zealand as well. And so as I mentioned, we're gonna be talking about growing a team, developing a team within your business and the value, the cost savings, the benefits of doing that versus I guess how most do and try and find experienced people and so forth.We are gonna do Q&A and then I've got a fantastic idea of the week and we have idea of the week so we can get a shot of our floating light bulb. cause that's very important, very proud of that floating light bulb. But the agenda, the topic of this podcast is all about what I've I guess coined the team growth matrix. And it's all about growing a team rather than I suppose hiring one.

Now we've got a Q&A, and it kind of relates to this.
So the question kind of almost inspired the topic that we just covered then and it was a question being asked by somebody about what are the best questions to ask when you're hiring when you're recruiting?
And I remember many many moons ago when we were doing a previous podcast it was called Small Business Smart Solutions.
I'm sure there's still episodes out there in the interwebs if you ever look for it. And I interviewed a guy and I feel terrible that I can't remember his name because he was a super super nice guy. And I interviewed him because he owned the most amount of budget...
Sorry, Hertz rental car franchises around the United States. Like he had... I don't remember how many he had but it was in the triple figures of Hertz rental cars. And so obviously they do a lot of hiring and so forth. And we were talking about that with him. And he said... There's a couple of things.
The first thing he said is "There's no point asking about the person's previous job because they're gonna bullshit to you, they have to." Why would they have left their last job? It's either because they didn't like the boss or they didn't like the environment or something like that or the boss didn't like them.
It's gonna be one of those two reasons as to why they left. But anyway it doesn't make a good story for your new prospective employer. So you won't get the truth and the whole truth and nothing but the truth if you ask questions about their previous employment.
And so my man who I forget his name and I feel terrible because of that said, "The key to it is ask them about their first job." "Can you tell me about your very first job? What was it? Did you like it? Why did you like it? What did you learn from it? What are the lessons that you took away from that that you still remember now?"
And so you're not asking why they left or anything like that, but you're asking about what they thought and how they felt about their first job.
It was an amazing question I felt particularly the way it was explained to me about how much you're getting and actually learn by asking about their first job because they're talking about their beliefs and so forth currently that stemmed from their initial experience.
And they're more than happy and comfortable to tell you about that initial experience because it was so long ago.
And as I said there's no point in talking about the most recent one because you're not going to get the truth but talking about all the way back then you will find you will get the truth. And it's a very very valuable question.
So ask them what they learned, what they liked, what they didn't like, and all of those sorts of questions. "Who did you become because of what you learn?" Things like that but about jobs way way back when. They're the best questions.
So you can start to get a sense for whether this person is the right fit for your team. There's a whole lot of stuff that goes into CVs and that sort of stuff that... They're mostly fiction.
They're not really worthwhile and most of the questions that people ask, aren't going to get the truth. Whereas if you give them the freedom to be able to speak freely about something way back when where they don't feel that this is going to have any relevance on right now because it was way back then you'll start to get an insight.
And I'm not gonna say sneaky. I was about to say sneaky but it's a very wise bit of advice that I got from my very good friend whose name I can't remember who had lots and lots of Hertz rental car franchises in the United States. So I'll find his name and let you know. But they're the sorts of questions you need to ask.

Idea Of The Week

Jump On A Call

If you want to book a call and have a chat with us about something, you can do that. There is a... You've just go to buildersbusinessblackbelt.com.au hit schedule a call.
We'd love to talk to you find out where you are, where you want to go what's in the way. And we can give you a pathway forward to get you on the fast track to overcome many of those common and costly problems that you're probably experiencing now and most builders are as well.
So we shall be back again next week with another episode of Builders Business Success Podcast. Please hit the link to register your interest for this new space. You are not gonna regret it.
It's gonna be one of the best decisions you've made in a long while. It's gonna be awesome. It's gonna be fun. It's gonna be powerful. It's gonna be exciting. So register your interest and we'll talk to you again next week I'm Mick Hawes Builders Business Blackbelt. That is it. Bye for now. 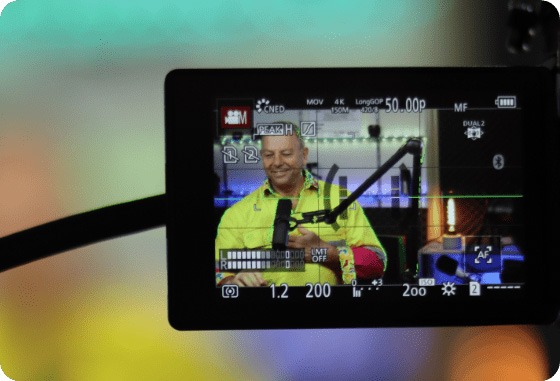 EPISODE 103 – Do Builders Deserve To Make A Profit?